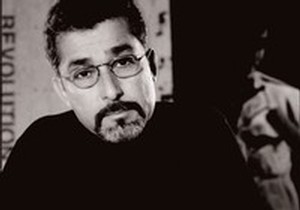 Carlos Raul Perez was born August 12, 1953 in Southern California.  After finishing his formal education, he pursued his love of photography by accepting a position as portrait photographer at the Elson-Alexander Studio. This was to be the basis for a fecund painting career.  A self-taught painter, by his early thirties Carlos was garnering attention for his unique works of narrative realism. His interest in painting slowly increased until photographic images began to serve only as reference for his oil paintings.  Over the years his painting has evolved into a most personal style where by he manipulates various mediums in where historical, mythological, or other images from the works of artists as diverse as El Greco, de Vinci, and Bouguereau are juxtaposed with his own images – abstract or otherwise; in an effort to reveal multiple realities. Carlos pursues this same goal in his exploration of sculpture – specifically found object assemblages.